The Whale
By Ethan Murrow and Vita Murrow
(Templar Books; $17.99; all ages)

This picture-driven story details the search for a Great Spouted Whale off Cape Cod, MA. A newspaper headline poses the question of whether the whale sighting was fact or fiction. Murrow’s impressionist but highly detailed drawings capture scenes of boat destruction followed by eager photographers and shoreline viewers as they try to catch a glimpse of the giant creature.

An immigrant who arrived in the United States with poems and four cents in his pocket after being robbed on his ship, Tesla also carried an introduction to Thomas Edison. At the time, Edison was promoting the use of direct current to supply electricity across the U.S. Tesla believed that alternating current was stronger, more efficient and cheaper. To prove AC was safer, Tesla rigged himself to a generator and held a lightbulb that glowed after the AC safely coursed through his body.

Bill Slavin’s evocative drawings bring the fascinating story to life and capture the dress, fashions and physical features of the last great inventive era that, this book shows, has a direct connection to ours. 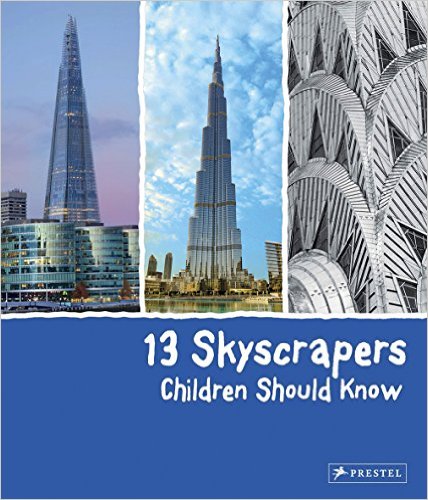 Joining Brad Finger’s series of 13 things, 13 Skyscrapers takes a trip around the world to feature highlights of the skylines of New York, Moscow, Dubai, Shanghai and London, among others. The book delineates the history of building taller and taller buildings. Since the earliest skyscrapers were church steeples, many of the earliest modern skyscrapers also resembled steeples, but the use of steel allowed the buildings to be much more square than pyramid-shaped.

Skyscrapers — like airports and museums — serve as signs of a country’s or city’s cultural attainment and a way to show off its ambitions, which the author indulges while explaining the history, engineering and uniqueness of the landmarks he has chosen. 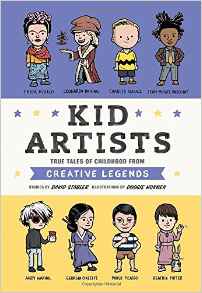 In this volume, David Stabler’s series that depicts the childhoods of high achievers alights on artists. People featured in the book include Leonardo da Vinci, Jackson Pollock, Andy Warhol and Beatrix Potter.

In the chapter about the future Dr. Suess, former president Theodore Roosevelt visited Theodore Geisel’s hometown to deliver awards for Boy Scouts who have sold the most war bonds. Geisel’s scoutmaster miscounts, which leaves poor Theodore short of his reward. Having already experienced the prejudice against Germans during the war, Geisel takes the slight as discrimination, and his subsequent writing often features humane and universal lessons against the biased treatment of others.

Doogie Horner’s prolific and whimsical drawings lighten the pain and enhance the words as Stabler tells the tales of 17 creative legends before they became famous. 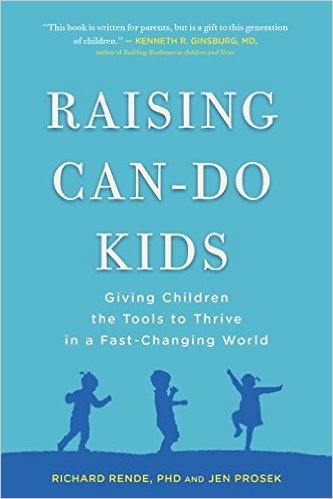 Raising Can-Do Kids: Giving Children the Tools To Thrive in a Fast-Changing World
By Richard Bende and Jen Prosek(Penguin; $16; adult)

Republicans and Democrats seem to agree that we live in a cutthroat and challenging world but disagree on how to live in it. This book offers a solution: foster ambition in kids. The authors do not intend for ambition to make kids uptight brawlers and early starters. Instead, they advise parents to give kids more leeway for unstructured imaginative play, to allow kids to sample rather than specialize, to emphasize the learning experience in failures, to assign regular chores and to focus on learning, not grades. The goal is to nurture optimism, likeability and service to others, while avoiding any sense of entitlement.