The pros & cons of 4 breast screening tools that, used with mammography, should better diagnose breast cancer

A yearly mammogram is the gold standard for breast-cancer screening and detection. It’s what both the National Cancer Institute and the American Cancer Society recommend for all women age 40 and older. Women with a family history of breast cancer are often advised by their doctors to start mammography even earlier. Mammography is the only test that has been scientifically proved to save lives. Still, it’s not infallible.

Do You Have Dense Breasts?

“In women with very dense breasts, mammography will miss cancer 58 percent of the time,” says leading ultrasound researcher and breast-cancer radiologist Thomas Kolb, MD. The attributes of dense breasts — more glands, ducts and connective tissue than fat — appear white on a mammogram, just like a cancerous mass can, and can make it harder to detect suspicious lumps. Breasts tend to be denser during a woman’s reproductive years.

Fortunately, a quartet of modern tools — tomosynthesis, computer-aided detection, MRI and automated breast ultrasound — can give women with dense breasts or an elevated cancer risk a clearer picture of their breast health — one that could possibly save lives.

The latest in breast cancer-detection technology, tomosynthesis takes an arc of pictures from multiple angles through each breast, in 5-millimeter slices, in conjunction with a digital mammogram. These slices are then reconstructed into a 3-D image. This allows radiologists to more easily distinguish a true mass from overlapping ligaments or glandular tissue.

Pros/cons: Women with dense breasts who undergo tomosynthesis are 40 percent less likely to be called back for additional imaging. Tomosynthesis exposes women to the same amount of radiation as a traditional, analog (film) mammogram, but the risk of radiation-induced breast cancer affects only 0.1 percent of women screened. In comparison, the screening itself can reduce the risk of dying from breast cancer by about half.

With this technique, a computer scans a digital mammogram and flags areas of concern. “It’s like having an automatic second opinion,” says Mitchell D. Schnall, MD, PhD, professor of radiology at the University of Pennsylvania in Philadelphia.

Pros/cons: Two studies reported that CAD found 20 percent more cancer than mammography alone. But CAD also tends to mark non-cancerous lesions, so the false-positive rate is high: Less than 1 percent of findings marked by CAD turn out to be cancer. Widely available at mammography centers and breast clinics, CAD is generally covered by insurance.

Should you ask for it? To reduce your risk of unnecessary additional testing, find a facility with mammography-certified technologists and trained radiologists who have been using CAD for at least a year.

Next page: Learn about MRI and automated breast ultrasound. 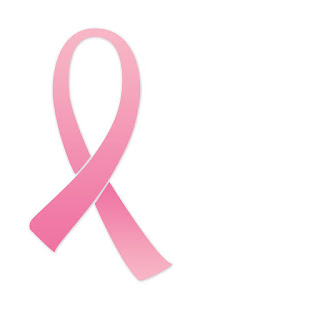 This tool employs magnetic and radio waves instead of X-rays to create high-definition cross-sectional images of breast tissue. The patient is injected with safe, nonradioactive contrasting salt solution, then lies face-down on a table with both breasts positioned into cushioned coils that contain signal receivers. The entire bed is then sent through a tube-like magnet. In areas where there might be cancer, the contrasting agent pools and is illuminated on computer-generated images.

Pros/cons: MRI has been shown to find 2 to 6 percent more cancers than mammograms and clinical breast exams in high-risk women. MRI can't detect calcifications (a frequent sign of the most common type of breast cancer), which is why it’s used as a complement to mammography, not a replacement. MRI also has a significant risk of false positives. This option costs $1,000 to $2,000, though many insurance carriers now cover it.

Should you ask for it? Experts believe women should speak to their doctor about adding MRI even if they have as little as a 2 percent risk of breast cancer over the next five years. MRI breast-imaging centers are springing up across the country, but it’s important to seek out a facility that has MRI-guided biopsy capability, so a tissue sample can be retrieved for diagnosis at the time of your scan if a questionable mass is spotted.

During this test, an automated machine takes ultrasound images of breast tissue via a computer program. The images are recorded and given to a radiologist to interpret. This eliminates the need for an ultrasound technologist, so there’s less risk of missing a lesion with a hand-held ultrasound wand.

Pros/cons: Breast-cancer detection doubled from 23 to 46 in 6,425 studies using automated breast ultrasound with mammography, a significant improvement. Some insurance providers don’t cover the test yet, so check your policy.

Sandra Gordon is a freelance writer who writes frequently about parenting and women’s issues.