Members of school-based esports teams practice, have a coach and compete against other schools.

Get ready for your kids to tell you that next time you tell them to stop wasting their time playing video games.

Kyle "Bugha" Giersdorf of Pottsgrove, which is near Pottstown in western Montgomery County, took home the prize and the championshp in front of a live audience (and a reported million viewers online) in Arthur Ashe Stadium in Flushing Meadows, NY. The $3 million was the largest prize ever paid to a single player in an esports tournament.

"All I want is a new desk and maybe a desk for my trophy," he told the BBC.

While video games have been popular at-home entertainment for years, electronic sports, or esports, have grown to become a legitimate spectator sport as well. People watch competitions in person or through streaming services like Twitch, where viewership reaches well over 100 million per month. Comcast Spectator plans to build an esports arena at the sports complex in South Philadelphia where the Eagles, Phillies, Sixers and Flyers have homes of their own.

Meanwhile, schools in the Philadelphia suburbs, New Jersey and across the country are creating esports teams with coaches, competitions against other schools, regular practices and, sometimes, the same academic and attendance requirements other student athletes face.

For schools, however, esports is less about professional gaming and more about teaching the leadership, communication, teamwork and other skills found through athletic competition.

Some schools adopt esports as a club activity while others create teams under the athletic department. Both play and compete online or in person, but the latter requires students to maintain the same standards for GPA, attendance and behavior as other student athletes. 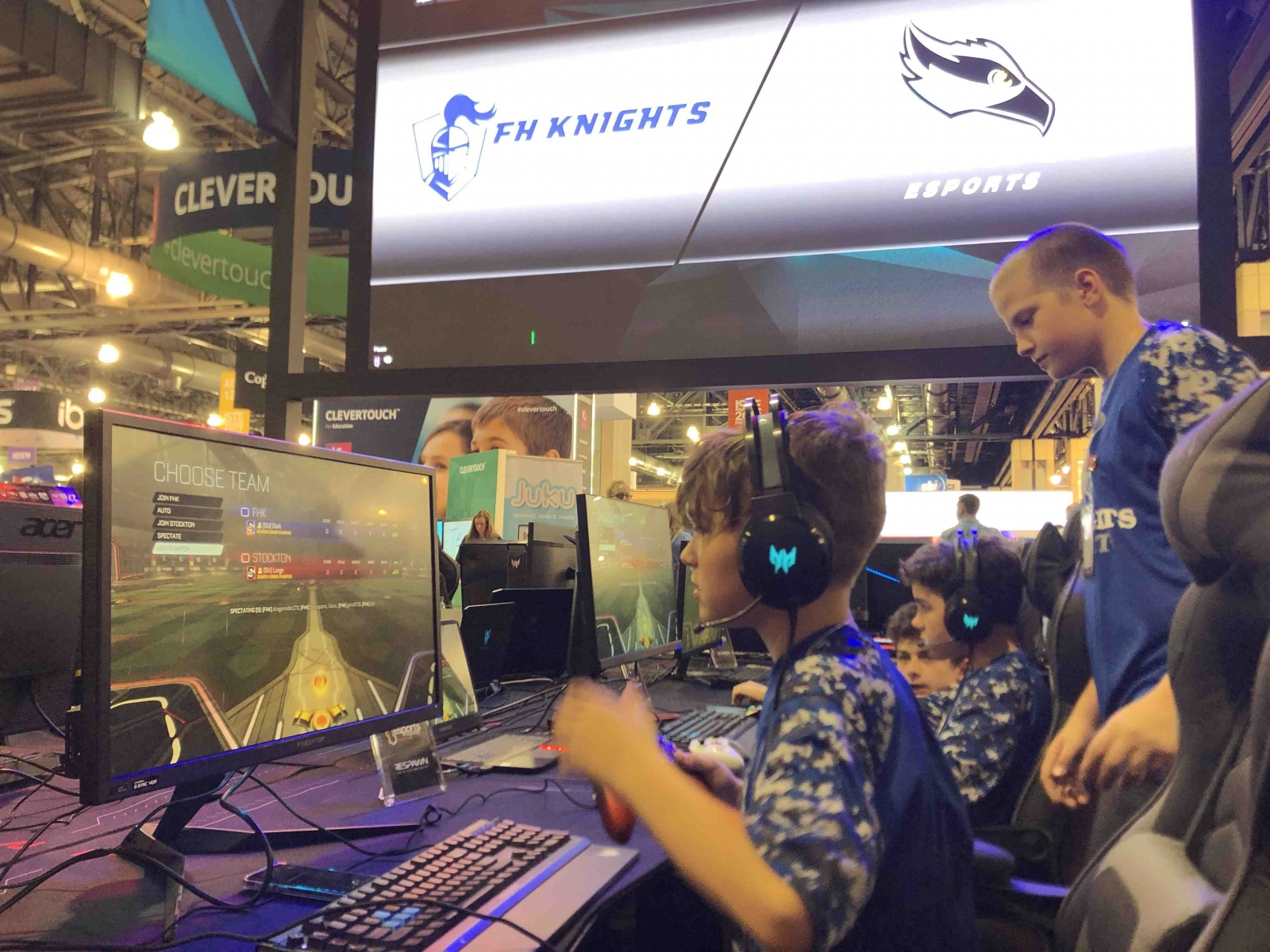 under the school’s athletic department. Aside from practice every Monday and Wednesday for an hour, students compete against other schools as well as college teams, including Rutgers University.

Costs for the team are essentially free because the laptops are provided by the school and games are provided at a discount by gaming platforms like STEAM. If a team member misses too much school, too many practices or fails to maintain a C average, he can be put on academic probation until grades or behavior improve.

Schools choose the games in which they want their students to compete. Mason Mullerioux, CEO of High School Esports League (HSEL), which includes over 1,500 high schools, says games range from first-person shooter to multiplayer fighting-style games. Schools that don’t want students to play games that involve violence can choose other competitions such as Rocket League, which is like soccer with cars.

“They can pick and choose what to play, if their school doesn’t want to be associated with a CS-GO (Counter-Strike Global Offensive) or Call of Duty, then they don’t have to be,” he says.

Since there are no tryouts, esports teams offer an option for students of all genders and physical abilities who may not be interested in traditional sports, but who would benefit from an extracurricular activity.

“One student would show up and just want to talk about his life for a half hour before playing games, so I knew this club was important to him,” says Coach Uvaldo Garcia from Duncan Polytechnical High School in Fresno, CA. 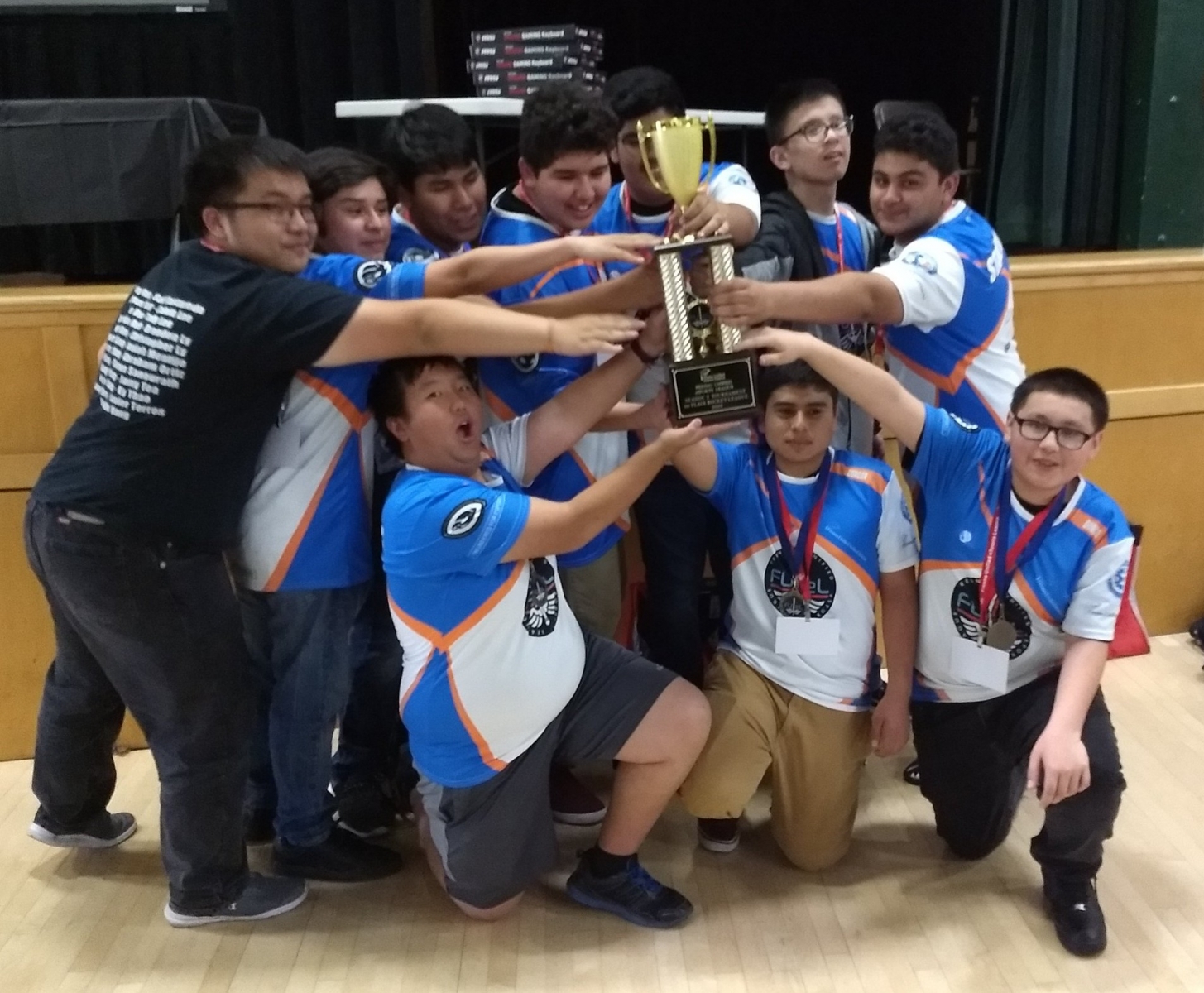 The team aspect is important. Kids aren’t simply isolated with headphones plugged in.

“Our club meetings are anything but sedentary,” says Coach Ronald Pizzini at Avon Grove High School in West Grove, PA. “Students are walking around the room, cheering on their peers, and jumping up and down when something noteworthy happens.”

Just as the vast majority of high school basketball players won’t make the NBA, most esports players won’t become professional gamers. However, the infrastructure that supports the gaming industry is a source of STEM careers.

“For every pro-player you see out there, there’s one or two thousand people who make that career possible,” Aviles says. ”There’s a lot of technology for STEM jobs and traditional jobs.”

Competition against college teams also exposes high school kids to possible areas of study, since many of the older players are in pursuit of degrees that could turn their passion into a job. There are even college scholarships available. The National Association of Collegiate Esports says it has 130 member schools that offer $15 million in scholarships and aid.

For a student who wants to compete for a scholarship, participation on a high school team that is treated seriously can only help. “To see students get recognized for their very real skills in an official manner is extremely rewarding,” says Pizzini.

For parents concerned that their kids already spend too much time with video games at home, school programs have structured practices where advisers and coaches can control how long each student plays.

“Within the scholastic context, they have a coach monitoring their screen time and behavior, and many coaches encourage physical warm ups/stretching for players to prevent physical strain,” says Clint Kennedy, director of acquisition and education at PlayVS, a high school esports league. Ideally, kids apply some of those same habits when they return home to play.

Rose Destra is a MetroKids intern from Temple University.