From special days to entire sessions, arts providers are collaborating with summer camps and programs to provide expert enrichment and an extra layer of fun. As a result, Delaware Valley kids gain confidence and stretch their creativity. Here are some arts experts who are providing creative extras this summer.

When Andrew Yankowitz, director of Tall Pines Day Camp in Williamstown, NJ, decided to offer a music lessons elective, he turned to the School of Rock in Cherry Hill, NJ. “We wanted to get their expertise. And what a wonderful brand name!” he says.

Tall Pines campers can take 30- to 40-minute lessons in drums, guitar, bass guitar, keyboards or vocals. They also can opt to join a band and spend extra time performing. “It gives kids the chance to try something they might not otherwise do,” says Yankowitz. “If they develop an interest, they can continue with lessons (at the School of Rock) after the summer.” 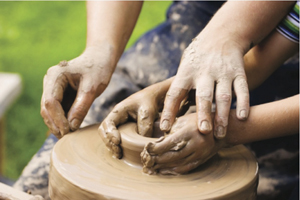 Joyce Hill, director of Camp Anglewood in Elkins Park, PA, wanted to add a special pottery day to her program. “We don’t have the equipment, the pottery wheels,” she says. So she brought in The Mud Shack of North Wales, PA, which furnishes programs to several area camps and offers its own summer program.

At Camp Anglewood, The Mud Shack provides instruction in clay sculpting, pottery painting and fused class. After kids make their creations, they are fired in The Mud Shack’s kiln and returned several days later. “It’s fun, it looks pretty and the kids feel good about themselves when they complete a project like that,” says Hill.

Few summer programs are equipped to teach professional screen production. Enter Philadelphia casting director Kathy Wickline, who furnishes more than 20 area summer programs. “Because I have my finger on the pulse of the industry, programs have me bring in my teachers and equipment,” says Wickline.

At the Film and TV Camps she has offered for 13 years, kids learn to act, film scenes and make TV commercials. Other Wickline Casting programs include Acting for the Camera, Modeling, TV Hosting/News Anchoring and Little Stars half-day camps, where kids ages 5-8 role play, dress up and tap into their personal creativity. 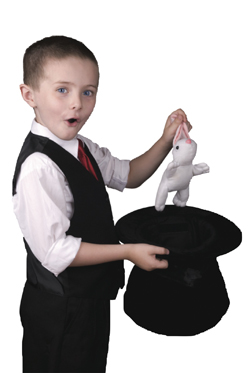 From pulling a rabbit out of a hat to making a friend’s quarter disappear, kids learn the art of prestidigitation (magic) at The Agnes Irwin School in Rosemont, PA. The summer course has been taught there for four years by well known area performer Sam Sandler, “the only full-time deaf illusionist in America.”

Among its many other summer sessions, The Agnes Irwin School also offers the Wickline Film & TV, Acting for the Camera and Little Stars camps.

When Justin Lavner, owner of Lavner Camps and Programs, ndecided to offer a musical theater camp this summer, he turned to Carousel Arts Consultants (CAC) of Kennett Square, PA.

Their collaboration will result in four weeks of musical theater sessions at Barrack Academy in Bryn Mawr, PA. Campers will learn about acting, dance moves, stage presence, makeup and costumes, then perform in a show, says Maria Feeny, director of CAC, which also conducts its own summer camps. “Their instructor is a storied professional producer,” says Lavner. “It’s so important to provide expert instruction.”

Several summer programs and day cares feature arts activities furnished by The Center for Creative Arts in Yorklyn, DE. Programs can include pastels,watercolor and oil painting, cartooning and sculpture.

“Whatever (the programs) are lacking, we’ll furnish,” says the Center’s summer camp director, Rebecca Eppig. The Center also moffers its own SAGO (Summer Arts To Grow On) camp for ages 4-14.