Are We Pushing Our Kids Too Much?

Despite the fact that today is my oldest son’s 7th birthday (and all of the sappy emotions associated with my baby getting so “old”), I can’t seem to shake this feeling that we are pushing him out of childhood too quickly.

If you thought the “How old was your kid when he started walking?” conversations were tough, just wait. Once my son hit kindergarten, it was the beginning of the end. The end of fun, spirited, shirts-versus-skins-it’s-all-about-the-popscicles-at-the-end type of play and the start of performance driven who-is-playing-what-sport-this-season-and-on-how-many-teams? And as a parent, I went with the latter because,  to be honest, if everyone else was doing it, I didn’t want my kid to be left out. So this past fall, my son didn’t play just one sport, he played two. Followed by basketball in the winter, alongside an indoor soccer training clinic, and now he is playing baseball AND lacrosse AND trying out for travel soccer for next year, and this all occurs outside of the six hours that he spends each day at that little thing called school.

Now, as a former “athlete,” I think sports are amazingly beneficial for many reasons — the physical activity, the camaraderie, the whole “team player” business, the confidence, the mini “you win some/you lose some” life lessons woven throughout the entire experience, but I can’t help but think, amidst all of this insanity — what is the end goal, and are we pushing our kids too much?

When did picking grass in left field become taboo?

Last night was eye opening for me. My son had a tryout for a travel soccer team for next fall. Can he still play intramural? Yes. But there lies the never-ending debate. If he can play travel and potentially have a “better” (code for more intense, more learning, more potential to become a better player) experience, then why not give him that opportunity, right? But here’s the thing. When you tryout, there are CUTS. How do you explain that to a 7-year-old? Maybe it’s better to maintain his innocence? Let him play intramural with less pressure so he can have more fun, yet a potentially less fulfilling experience due a lower level of competition and opportunity for development?

And I don’t know the right answer.

So I took him to the tryout because there is no harm in just trying out, right? Maybe he doesn’t even need to know it is a tryout? Maybe I’ll just tell him it’s a practice? But if I tell him it’s just a practice, maybe he won’t play hard and he won’t make the team? And I can’t believe I’m even having this inner debate, but these are the things that parents these days have to think about because “everybody else is doing it,” and if you aren’t, then are you totally screwing your child over? So I tell him it’s a tryout, and all of a sudden his face goes white and his stomach hurts and I don’t know what to say except to blab out some lame-o “Have fun/play hard” pep talk before sending him out onto the field with a bunch of kids he doesn’t even know and think, “I totally screwed this one up.”

Some of the skills that these little 7-year-old boys were busting out — wow. Ok, so apparently that one little winter soccer clinic that I did was NOT enough. These kids train year-round, and clearly it’s working.

One of the superstars who just completed what looked like soccer's equivalent of a triple-lutz toe-loop on grass followed by a powerhouse, laces down, rocket shot was crying on the sideline because despite his efforts, he missed the goal. And you want to know why he was crying? Because he is 7! Let’s let that sink in a moment. And maybe it’s just too much pressure too soon? Now don’t get me wrong, these parents have allowed their children the opportunity to tap into the skills that may also be hidden inside my own child. It’s just that my son hasn’t had the proper “training” to unleash them (at least that’s what I’m telling myself). And yes, he is fast and physical and can knock a few balls into the goal because he is hungry and wants to win, but some of the footwork and maneuvering and technique that I saw last night — damn. I mean, no joke, I felt like an audience member at America’s Got Talent. You know those dancing duos who you swear are shrunken down 25-year-olds because there is no WAY in hell that 4-year-olds can possibly move their bodies in that way just two years after learning how to WALK?! I mean come on. Do these kids have play dates? Do they ever just sit and watch (gasp) tv? Do they ever just have time to be a kid?

For me, this was an experience where I went into it thinking I was pushing my son too much, but quickly learned that apparently I’m not pushing him enough. Or maybe I am missing the point completely?

And while I don’t know the right answer, I do know that my end goal is to have raised a happy, confident, self-sufficient, humble young man. Do I expect him to become a professional athlete? No. Am I banking on a college scholarship. Yes. (KIDDING!) Totally no.

So what, as parents, do we do?

For one, I am going to read this, and focus on matching (not exceeding) his interest in whatever sports he chooses. I think that is a wise place to start. Because if I put my blinders on and really think about it, I know that when the pressure is too high, well, nobody wins.

Oh, and for the record, if anyone wants to bag it all and start a hula-hooping league, I’m game. I’ll bring the post-party lemonade. And you can bet, after dealing with all this, it will be spiked. 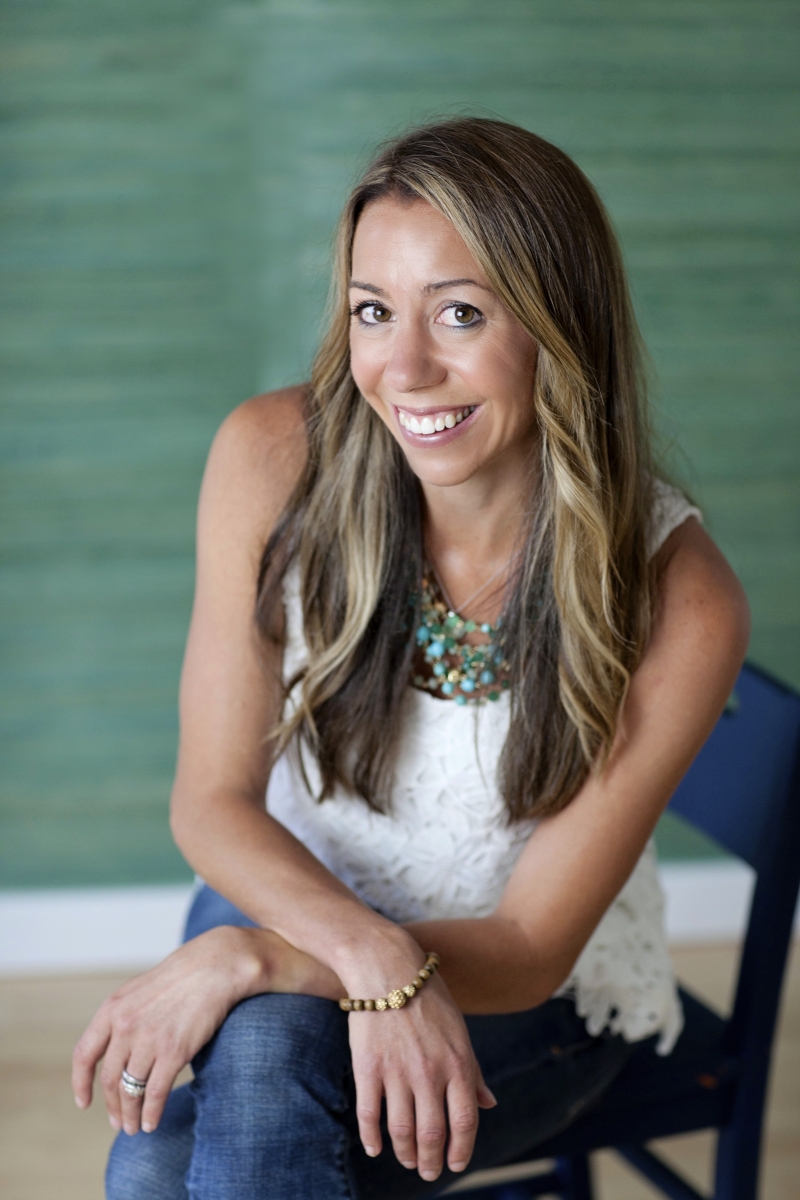 Lindsey Schuster is a former elementary school teacher turned stay-at-home mom. She blogs at The MotherChic.