An All-Ages Hit for Dan Zanes

Little Nut Tree is Dan Zanes’ least thematic and most satisfying album since Rocketship Beach launched his star in family music. His “friends” this time include Joan Osborne, Sharon Jones, and the Sierra Leone Refugee All-Stars along with Zanes regulars Father Goose and Barbara Bonsal.

It’s a CD at home in both modern folk and kids’ music genres, with some fine world rhythms thrown in as well to create an all-ages hit. Opener “In the Basement” (with Jones) feels as if you stepped into a high-end picking party among old friends. Maybe because that’s what it is, without a sloppy or wasted note in the bunch.

“Summer Trains” is a standout for its old-timey reflection on fatherhood, with a similar style choice (adding tuba) on “The Farmer Is the One.” There’s a lot of musical depth to this album, which Zanes reveals without theatrics. It’s a real challenge to craft a CD that sounds casual without sounding messy.


Dan Zanes and Friends at The River to River Festival, July 4, 2010 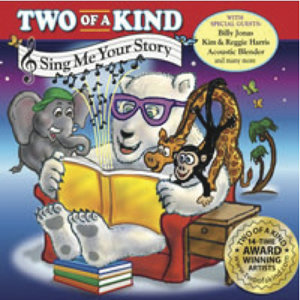 Two of a Kind’s Sing Me Your Story CD is a delightful mix of good music, good works, and appearances by good friends like Billy Jonas and Kim & Reggie Harris. The album grew from the many songwriting and social projects keeping the duo busy.

The standout song for me is “Tell Me Your Story,” the result of an oral history project. Each of us is the result of our family history, and this song encourages asking questions about the lives of our elders.