With rates for winter sports injuries climbing, health experts warn parents to take precautions when their kids participate in winter pastimes like skiing and sledding. Skiing, snowboarding, and sledding injuries lead to 45,000 emergency-room visits each year for children ages 13 and younger.

Why are winter sports so potentially dangerous? “Any time you have kids traveling down slick snow and ice at high speeds, there’s a risk of injury,” says orthopedic surgeon Joe Guettler, MD. Children are more susceptible to falls than adults because their heads are relatively large in proportion to their bodies, and their center of gravity is higher, he says. Young bones have growth plates — areas of fibrous material where new bone is generated — that make them more prone to breaking than adult bones.

To stay safe, kids should wear proper protective gear — especially a well-fitted helmet — and play by the rules of their respective sport. Warming up for 10 to 15 minutes also reduces the likelihood of injury by preparing muscles, tendons, and ligaments for work.

To further protect your children from winter sports injuries, follow these sport-specific strategies: 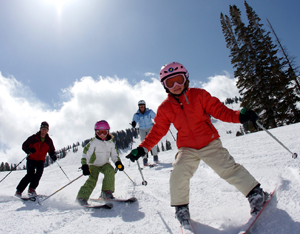 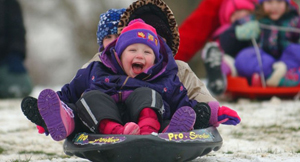 Collisions, which can lead to catastrophic head injury, are the biggest injury risk for sledders, says Dr. Guettler. 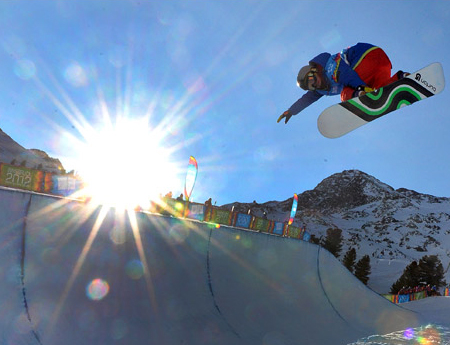 With snowboarders, upper body injuries are a big concern, particularly wrist fractures, says Dr. Guettler. So are neck and head injuries, including concussions. 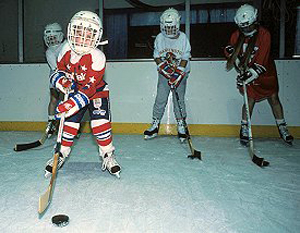 Ice hockey is one of the U.S.’s fastest-growing youth sports. Its fast pace can set the stage for injuries to the head, mouth, limbs and groin.

Malia Jacobson is a freelance writer.