Jennie Maizels’s Pop-Up London (Candlewick, $19.99, ages 5-9) is an engaging, interactive kids’ introduction to the city that is gearing up for the 2012 Summer Olympics. The book follows the course of the Thames River from Kew Gardens in the west to a pop-up of the new Olympic Park in the east, with lots of memorable sites in between — such as Buckingham Palace, Westminster Abby, Shakespeare’s Globe Theatre and a tall, majestic Tower Bridge.

The front side of each page shows world-renowned architectural features, while the back side has interior illustrations and facts about the venues. The Olympics will draw global attention to one of the world’s great cities. How nice to be able to appreciate it at home and get familiar enough to really enjoy a trip in better weather with fewer people. 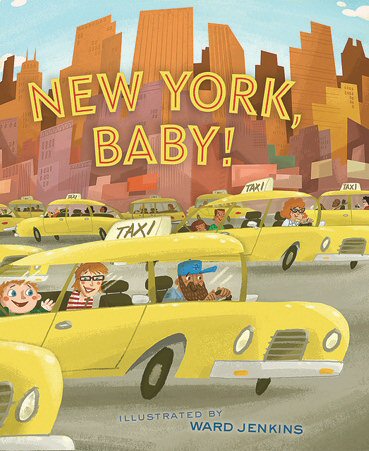 While the world tilts toward London, it could be a great time to catch up with a closer attraction: New York. Ward Jenkins’s New York, Baby! (Chronicle, $12.99, ages infant to 4) sees the sights through the eyes of two intrepid young visitors who go to Central Park, the Metropolitan Museum and Empire State Building while enjoying a bagel and cab ride.

For first-time visitors, the book conveys the excitement of the city and some of the impressionistic pizzazz of the real places. The same series’s San Francisco, Baby! has rides up to Chinatown and down on a cable car to the Bay and Alcatraz, among things to anticipate and remember or even just read about on a hot, muggy summer day.

Frank Lipsius is a contributing writer to Metrokids.