A Look Inside Today's Catholic Schools

“Such courses are important because they go outside the box and teach the students to be independent thinkers and responsible for their learning,” says Sister Edward Quinn, assistant superintendent for curriculum, instruction and assessment for the Archdiocese of Philadelphia.

Jack Polizzi, a fourth grader at St. Patrick School in Malvern, PA, and his brother Ryan, a second grader, are passionate about sports and video games. A Genius Hour program at their school gives them a chance to explore a personal interest. 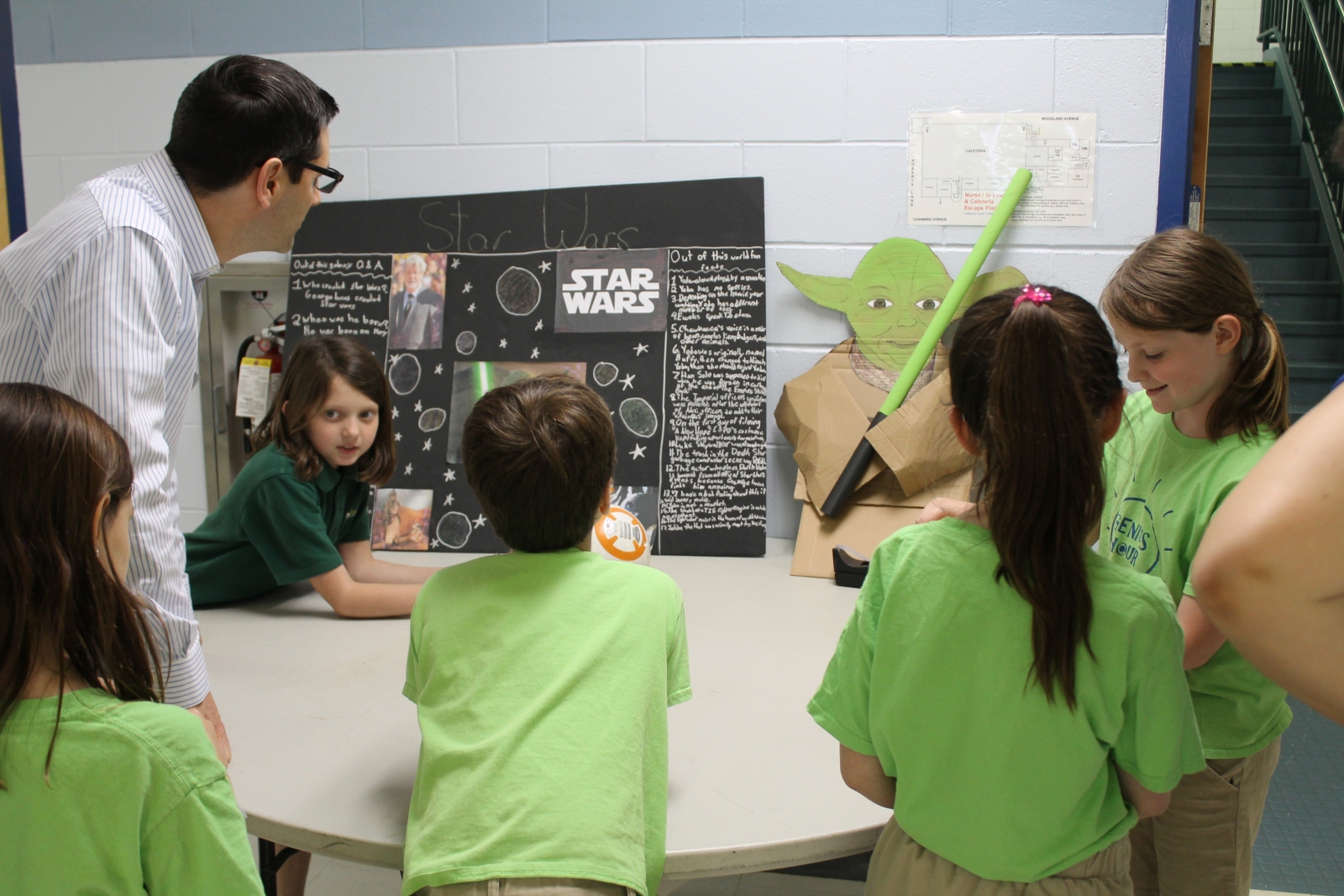 The class, offered as an elective to second through fourth graders during the school day, consists of just three rules: have a good question, do research and present your findings. Other students have investigated how to make crayons or learned about a favorite animal. Ryan chose the Roblox video game, which involves natural disasters, and focused his project on real-life natural disasters around the world to connect his interest with current events.

“It’s a great independent, confidence-building way for them to pursue something they are interested in,” says the boys’ mom, Amy Polizzi of West Chester, PA. “And they do all of the work in class, which is a wonderful thing for parents.” Patricia O’Donnell, principal of St. Patrick School, adds, “Genius Hour gets total buy-in, with passionate, immersed learning in something students want to learn about.”

With a focus on STEM subjects — science, technology, engineering and mathematics — students at another Catholic school use in-class lessons to build robots and rockets after school.

“We try to incorporate science, math and technology into everything we do, with SMART Boards and computer workstations in every classroom, iPads for the eighth graders and computer labs in every school,” says Glenna Harkins, director of programs for Catholic Partnership Schools, a Catholic-school management organization within the Diocese of Camden, NJ.

Robotics, a popular after-school program, gives the sixth to eighth graders in the five Catholic Partnership Schools hands-on experience to put their lessons to work. Coached by an engineering professor from Drexel University, some of the students recently built, designed and programmed a robot that could climb between two walls.

Eighth grader Helena Hendrixson and her sisters — third grader Virginia and second grader Annamay — all love the robotics program at All Saints Catholic School in Wilmington, DE. “It’s very engaging for all ages,” says their mom Maura Hendrixson of Hockessin, DE. “They are all learning about things I haven’t learned about – MIPS and dashes — programming robots and running them from iPad apps. It’s interesting to see how engaged the girls are.”

A Catholic school alumna herself, Maura appreciates the new offerings her children get to experience, including opportunities for Math League and Science Olympiad. “The children work in the science lab. In elementary school I never touched a graduated cylinder or pipette,” she says. “They are learning with more hands-on applications and engaging in science at a younger age.” 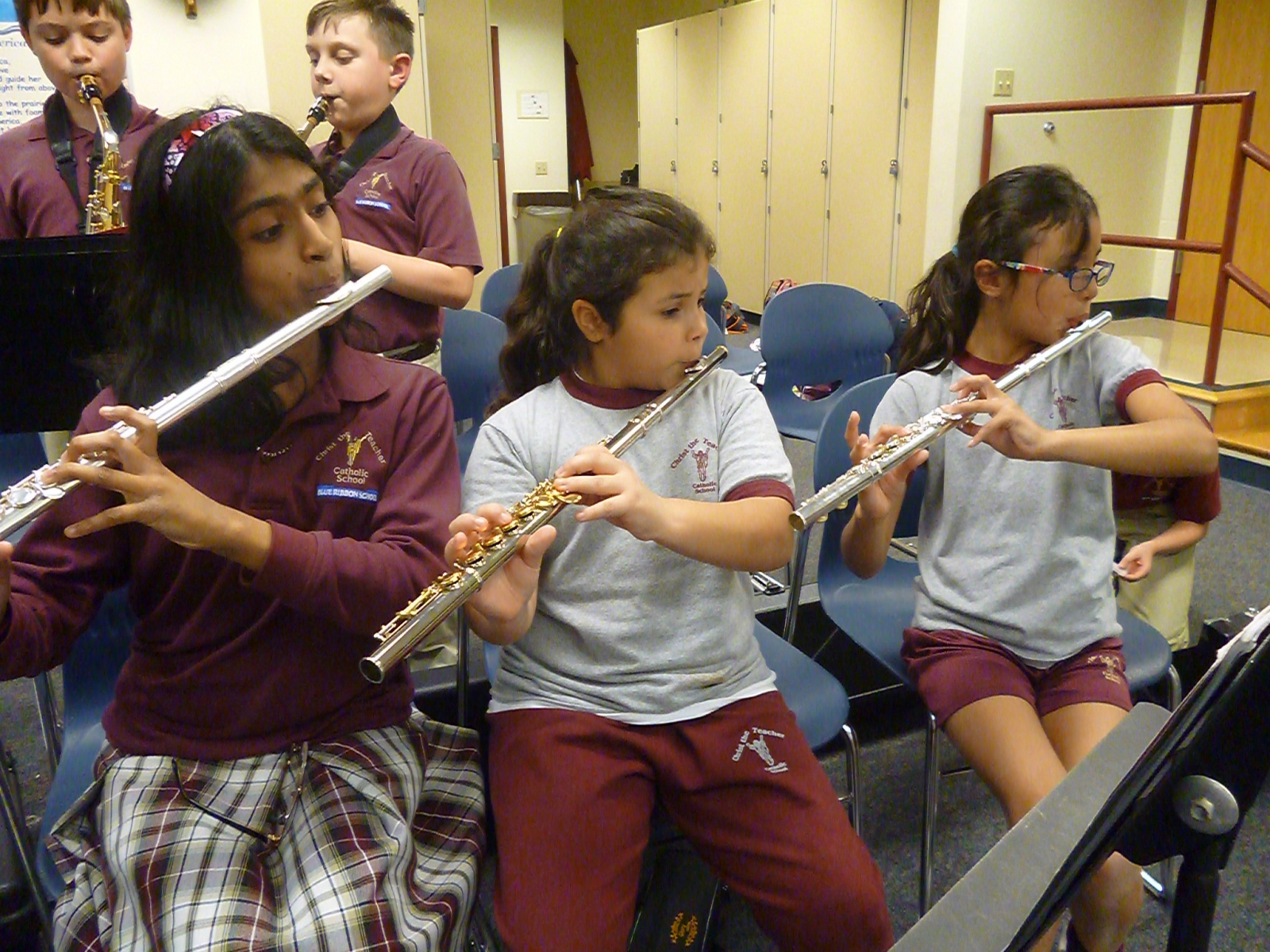 At Christ the Teacher Catholic School in Newark, DE, all students in kindergarten through eighth grade take a weekly art class. For those more artistically inclined, the school has Art Club, a 40-minute elective offered during the school day. Students create personal projects and often enter their work into national competitions.

In fact, a couple of years ago, one student won a contest sponsored by Google and won not only the honor to create the Google “doodle” for the day but also a $1,000 cash prize, a personal computer and a new computer lab for the school.

“It’s important that all of the children have an extended education beyond reading, math and social studies,” says Sister LaVerne King, principal at Christ the Teacher. “There are so many other areas where children can reach into their talents and excel, and that only helps them later in high school and college.”