A Firestorm of Distractions

Pennsylvania, New Jersey and Delaware have strengthened their teen driving laws in recent years, seeking to counteract a growing tide of distractions.

When we parents learned to drive, diversions included the radio and chats with passengers. Today, cell phones, text alerts, iPods and GPS systems can fight for a teen driver’s attention.

“Everything spiraled in a firestorm of distractions and challenges,” says Karen Gibbons Versuk, program coordinator for the SmartDrive Foundation, a Wilmington, DE organization that seeks to improve teen driving skills.

In response, states nationwide have enacted GDL (Graduated Drivers License) laws for teen drivers. Teens first drive with a learner’s permit, then an intermediate license that allows unsupervised driving with restrictions before they graduate to a full driver’s license. According to the Insurance Institute of Highway Safety, crashes for teens have been reduced 10% to 20% since the adoption of GDL laws in the 1990s.

In addition, Pennsylvania enacted a ban on texting while driving earlier this year for all drivers. “Cell phones and texting are the biggest challenge right now” for teen drivers, says AAA Mid-Atlantic spokesman Jim Lardear. 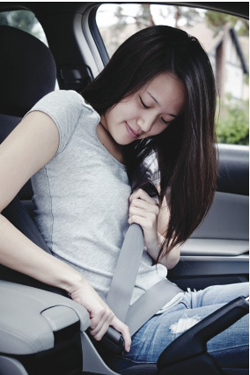 New Jersey’s GDL laws, which restrict intermediate licenses to age 17 and older, are regarded as among the nation’s best. However, the 2010 “Kyleigh’s Law” requirement that teen drivers display a decal on their license plates is unpopular.

The Insurance Institute of Highway Safety found in 2011 that nearly 70% of NJ parents strongly disapprove of the decals. “I fear it will make my child a target for other people besides law enforcement,” says Jaimie Szabo Hill, a Manchester, NJ mom. The study found that the decals have increased citations, but not compliance with GDL laws.

“Delaware has been an early adopter of strong laws,” says Lardear.

While they are not new, GDL requirements in Delaware are excellent, says Versuk. They include a 10pm to 6am curfew. According the Insurance Institute of Highway Safety, nighttime driving restrictions reduce teen crashes 40 to 60%.

Safety experts strongly encourage parents of teen drivers to enforce teen driving laws such as curfews and passenger restrictions. “The value of the laws is that they back up parents,” says Rader. PennDoT’s McKnight hopes the changes in Pennsylvania will help create a new generation of safer drivers. “If they know it’s a law, it will help them to modify their behavior to be safe,” she says.