I'm not one for stereotypes. I don't like the ones that paint the dad as a doofus who can't do anything right. I roll my eyes at the ones that are hands off from their children or who don't know their kids at all when it comes to gifts. The same could be said for the men who can't seem to remember the day that they asked one person to spend the rest of their life with them.

Men, it's your anniversary. If there is only one thing you remember that you did with your wife, make sure the anniversary date never passes you by without doing SOMETHING special. The reason your partner is making such a big deal right now is because you can memorize Wade Boggs' batting average in 1987 but out of 365 days every year, this one day escapes your memory.

All it takes is a little creativity and some research. In other words. Effort.

Dinner and a movie has been done before. Most likely in many years of you dating each other you've supped together and caught a flick. As your love is growing and time passes, your game needs to change. If you are a truly lost cause, follow my nine steps to a successful anniversary experience.

My wife is a traditional person but I'm an unconventional gift giver. I like to start with tradition and then put my own spin on it. If you look up "traditional wedding anniversary" as a search, you will find sites that list,  materials that were traditionally given to the bride for each consecutive year. This is also listed in my wife's favorite book to give to new couples, Emily Post's Etiquette Book. It's not because you are an uncouth heathen but we all forget time to time which fork is for salad and which one is for dinner.

Step 2 – Living in a Material World

The first year of marriage is traditionally marked by the groom gifting something made out of paper. Suggestions for this type of gift can mean note cards that feature both of your names, framing your wedding announcement, or having everyone sign a frame who attended your wedding and getting a picture mounted. While those are nice, I chose to draw a portrait of the both of us from our wedding and had it framed. Not Jack from Titanic? There are plenty of artists on Instagram, Etsy, and Google who would love to draw one for you. 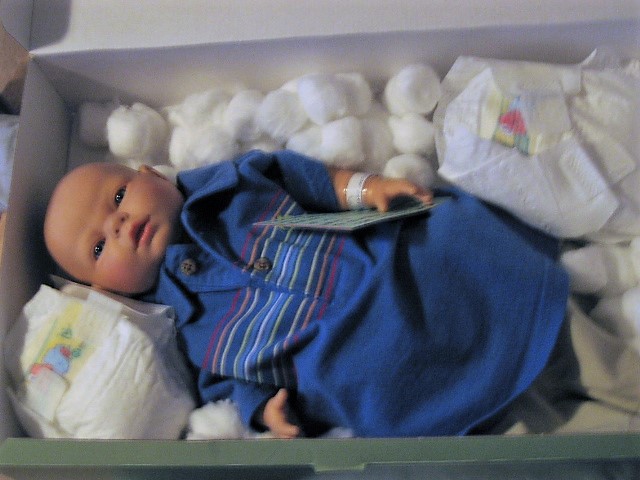 Not every year is as easy as paper. By the time you reach cotton, you'll wonder if giving Q-Tips is an acceptable present. It isn't, but for this year I put a spin on cotton, pun intended. Cotton could mean a lot of things. For us, we knew that by April of the following year, we would be having a son. So, I packed a baby doll in a tiny polo shirt and put a cotton diaper on him. Inside the diaper, I hid a ring that had his birthstone in it. See, there are no rules!

By the third year, I ran into leather and my mind went to some crazy places. This year, I challenged her to come up with a gift for me with the traditional material in mind. I gave her a purse and she gave me a baseball glove. Best Anniversary Ever! There is bound to be a gift somewhere on the internet that is made out of leather. But, be discreet. Google searches for leather gifts may start to make her wonder if you've been reading Fifty Shades of Gray behind her back.

Step 5 – Big Box Stores Are Not A One Stop Shop

Year seven had me scratching my head. Copper? I already have lots of that in my house which supplies her drinking water. That's good enough right? Here's a little tip: ETSY. Enter the word copper jewelry and you'll discover handmade one of a kind pieces that show you are putting some thought into this. Crafty? Make it yourself from supplies from a craft or art store. This year, I found a necklace with a swallow and three birds eggs which represented our kids. The nest was made entirely out of copper! I'm a genius!

Year five had me chuckling. Wood. I have the perfect present for her. Ha ha ha. Erm. Sorry, got sidetracked there. Wood frames, a raised garden bed, that fence she has wanted to keep the neighbor's dog from making your grass its bathroom. Lots of things are made of wood. This should be easy. 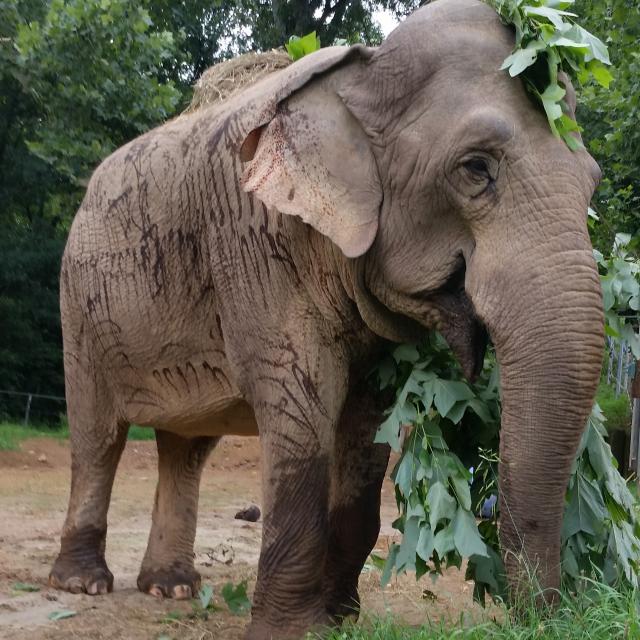 Okay, so you're not interested in giving paper dolls or a cotton spun 300 thread sheets for your new house. Luckily, there are modern spins on traditional gifts. When I got to this year I realized that giving her ivory was not going to happen. Instead, I found a way to support the animals that were hunted for their ivory by donating to an elephant sanctuary instead. As a symbol of the 14 years together and never forgetting, I bought an elephant made by an organization called Ornaments for Orphans and purchased matching his and her Tiles so we'd never forget our keys or wallets.

The older we get the more we realize that gifts are good stuff but experiences together are harder to come by. Plan a weekend alone close to your house, or like my wife organized, do a giant zipline together from the top of a mountain and if you survive, you can go to dinner with each other later. Spending time away from the kids (if you have them) is a gift in itself and the time spent together can help you reconnect with each other. You know, how it was when you were dating each other. That was fun wasn't it?

Don't want to spend a bunch of money on a trip away? Have the grandparents take the kids for a weekend and stay home to watch what you want to watch on TV, surf the internet to

your heart's delight, and stream movies and order food online.

Chris Bernholdt is a local dad of three and founder of the Philly Dads Group. This post is adapted from his blog DadNCharge.