6 Deaths from E-Cigarettes, More Warnings About the Dangers of Vaping

A Delaware County, PA teen is among those who came down with a serious lung illness related to e-cigarettes. 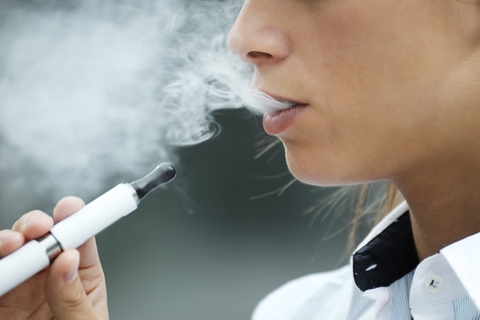 Six people have died from a vaping-related lung illness that has afflicted more than 450 people, including a Delaware County teenager.

The call for teens and others to stop using e-cigarettes has been growing, with American Medical Association on Monday joining the Centers for Disease Control and Prevention in sounding the alarm until investigators can find out what's behind the illness.

Health officials have been urging caution about e-cigarettes for years, especially as they became more popular among young people. A year ago the FDA declared vaping an epidemic among teens.

A 17-year-old from Delaware County, PA was hospitalized for several weeks over the summer with breathing problems that the doctors attributed to vaping.

While some initially saw e-cigarettes as a safer alternative to smoking for people who were unable to quit, its attractiveness to kids soon became a concern.

Vaping liquid — which contains nicotine and is heated to create the vapor — comes in a variety of candy-like flavors, increasing concern that it would appeal to kids. A 2014 study by the National Institute on Drug Abuse found teen vaping was increasing at an alarming rate.

Since the outbreak of respitory illnesses, Michigan banned flavored e-cigarettes and New York is considering doing the same.

The vaping industry has defended its product, blaming the health issues on the illicit use of the devices to vape liquefied marijuana.

Investigators have found evidence linking the illnesses to a chemical found in some of these marijuana products. While many have admitted using THC in their e-cigarettes, some victims said they only used nicotine, although they may be reluctant to admit using marijuana. Until a cause can be identified, health officials advocate avoiding vaping altogether.