You can find insights and empathy online, in person or in kids' groups.

When her son was diagnosed with attention deficit hyperactivity disorder (ADHD), Marie Paxson didn’t know where to turn.

“Advice from school was helpful. My friends were kind-hearted. But none of the advice hit the mark,” she recalls. Then a neighbor of Paxson’s in West Chester, PA told her about the national organization CHADD (Children and Adults with Attention-Deficit/Hyperactivity
Disorder).

Meeting with a local CHADD support group and taking advantage of the organization’s education and advocacy services helped Paxson through the diagnosis and treatment for her son, and later for her daughter. “Working with a support group takes the stigma out of the disorder,” she says. “And I’m able to locate the humor in having to adapt to something I never thought I’d have to deal with in a million years.”

Today, Paxson is the national president of CHADD, leading the organization’s 200 chapters and 16,000 members. For Paxson and parents whose children have been diagnosed with developmental, behavioral or physical disorders, support groups like CHADD can make a crucial difference.

Such groups offer a range of services in education, advocacy and support for parents and children. These groups host educational conferences with internationally recognized experts, hold sway on Capitol Hill and aim to educate society about disorders and disabilities affecting children. Above all, says Stanley Jaskiewicz of Lansdale, PA, the parent of a son with Asperger syndrome, “We found support groups very comforting at a time when we needed comfort an awful lot.”

Traditional support group meetings with discussion and exchanges of ideas take place in community rooms, church halls and living rooms all around the country. And today, these meetings are frequently paired with online support through websites, listservs (e-mail lists) and message boards.

Like other children with Asperger syndrome, Jaskiewicz’s son Peter is calmed by rhythmic motions and took to the trampoline. “He destroyed the first one he got from using it so much,” says Jaskiewicz. He posted a question on an ASCEND listserv about where to find a good trampoline and quickly learned that Peter wasn’t the only one who found the device soothing. Another parent shared the name of a company in Nebraska and Peter has been jumping ever since.

“Parents are more savvy today,” says Paxson. With access to information online, “ADHD 101 isn’t as necessary anymore for parents. At the same time, when you read something online, you know what it means, but you don’t always know how to put it into practice. Support groups can help you find your way. Research shows that education about disorders and disabilities is the key to managing them successfully.”

While trusted websites can be a great source of information, “an in-person support group meeting gives you somebody to lean on and squeeze your hand when you’re crying and talking about how helpless you feel,” says Connie Kurzeknabe of Newark, DE.

She connected with the Epilepsy Foundation of Delaware when her son was diagnosed with the neurological disorder at age 18.

“The sympathy and empathy of the support group settled me down and took away some of the fear,” she says. “It brought about a calmness and an acceptance. Knowledge is power, and knowing that you’re not alone makes the situation more bearable.”

“The sympathy and empathy of the support group settled me down and took away some of the fear.”

Kurzeknabe particularly appreciates the educational component of the Epilepsy Foundation of Delaware. In addition to fund-raising and advocating for federal research, the Foundation visits high schools statewide through its Teens Program, educating students about epilepsy and reducing the stigma of the disorder, which is marked by seizures. 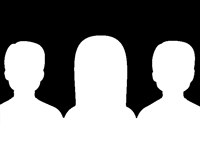 Groups such as CHADD offer support directly to children and teens as well, and work with them through adulthood. “CHADD started primarily as a support group for parents,” says Paxson. “Then the medical community realized (ADHD) was a life-long condition.” Through partner websites like www.additudemag.org, CHADD reaches all age groups. Similarly, the Epilepsy Foundation of Delaware includes targeted support for children, teens, adults and seniors.

Through ASCEND, Jaskiewicz learned of a YMCA summer camp that accepts children with Asperger syndrome. Peter was part of the charter class and, says his dad, “It was truly life-changing.”

For information and links to dozens of other organizations offering support, visit the MetroKids SpecialKids Guide.

The Epilepsy Foundation of America
800-332-1000 www.epilepsyfoundation.org (Enter your zip code or state for local chapters.)

This summer, Maureen Faber and her family are looking forward to a mini-vacation at Camp Bernie, a two-day camp for children with Tourette syndrome in Port Murray, NJ. Hosted by the New Jersey Center for Tourette syndrome (NJCTS), the camp’s fifth year will focus on confidence-building, education and fun activities.

Faber, of Egg Harbor Township, NJ, is a support group leader for NJCTS in Atlantic and Cape May counties. Her daughter was diagnosed with Tourette syndrome, characterized by “tics” in the form of involuntary movements and sounds. Her daughter’s tics took severe forms, causing bulging disks and stress fractures. “We needed quick and immediate help,” says Faber. “If it weren’t for NJCTS, I don’t know where we’d be right now. They gave us all the links we needed.”

In addition to family support groups, NJCTS offers free webinars and other educational programs, physician referrals, in-school support, and participates in research programs on Tourette syndrome funded by the National Institutes of Health.

For the Faber family, Camp Bernie is the centerpiece of supportive programs from NJCTS. “This is our third year,” says Faber, “and we won’t miss it.” For Faber, sharing stories with other parents, hearing talks from physicians and professors, and watching her daughter interact with other children with TS takes “stigma” out of the equation and replaces it with community.